Alex Wolff has lived with Nick for a long time. Seven years at least. That’s a third of his young life. At 21 years old, the actor-singer-filmmaker has just released his first feature film, The Cat and the Moon, of which he wrote, directed, and starred in. Nick is the project’s weary protagonist, a teenage boy struggling with his own feelings and carrying the burden of a dead father and an addict mother. There are parts of Nick that are ripped from the very flesh and bone and paranoia of Wolff himself — he’s a young person living in New York, cycling through the motions of “growing up”; his father was a jazz musician whom he considered genius. It’s indulgent storytelling, yes, but it’s no less effective.

Wolff started writing The Cat and the Moon when he was 15. At first, it was a distraction, a way to focus on something other than finals and schoolwork. But as the characters on the page became actual people in his mind, something real, something lived-in, began to take shape. He wasn’t just telling his story; he was telling his friends’ stories, too. The story of being young and confused, alone and together, in New York City.

Nick is angry. He’s a ticking time bomb. But he isn’t all rage and untapped emotion; he’s sensitive and funny, charmingly so. It’s easy to see why Eliza (Stefania LaVie Owen) is so intrigued by him, and why, in return, Nick is so captivated by someone grounded like Eliza — even if she happens to be his friend Seamus’s (Skyler Gisondo) girlfriend. Wolff’s young characters are real and raw, sometimes even frustratingly so. “I believe in characters not being totally good or totally bad,” he said. “I don’t judge my characters.”

Nick makes fast friends with classmates Seamus and Russell (Tommy Nelson). They get high. They drink. They party. They say “bro” earnestly. They’re kids who make bad decisions without even thinking — Seamus cheats on Eliza when he gets wasted; Russell says slurs he shouldn’t. And Wolff knows you might hate them. He’s OK with that. “As long as you didn’t hate Nick,” he clarified.

This is Nick’s story, after all. And he, like us, exists in the uncomfortable state of just being. It’s not a surprise that Wolff was heavily influenced by the works of the Dardenne brothers. (“Kid With a Bike, Two Days, One Night, and L’Enfant were movies I saw where I felt that plot was not the priority,” he said. “The priority was that all of these characters were full, and that’s all that mattered.”) This isn’t a coming-of-age story about the power of friendship and the magic of prom; Nick isn’t trying to get laid by graduation. In fact, Wolff’s characters don’t even waste their breath on talking about the future. They’re in the here and now.

“These movies about young people, they make the lead guy this wimpy, sensitive guy who just hopes the girl takes him to prom,” Wolff said. “I just found it to be much more complex that you can have a character who seems tough and smoked cigarettes, and does all this stuff, and is a virgin, is super sensitive. And you have a girl who’s just trying to figure stuff out, but she’s super sweet and not mysterious. She’s so open with her thoughts and feelings.”

Wolff and Owen on the set of Cat and the Moon

That openness is what initially drew Owen to the project. She had read an early draft of the script five or six years ago on the set of Coming Through the Rye. She was 16, and Wolff had asked for her feedback. “I loved the dynamic between all of the friends and the conversations they had,” she told MTV News. “Alex actually is a young person and he knows how teenagers talk to each other, which makes a difference, because it seems more real.”

When Wolff asked her to portray Eliza a few years later, it was an immediate yes. “I haven’t really worked with a lot of people my age before,” she added. “It was cool to experience being in a film with people that were the same age, and we were going through the same sorts of things at the same time.” That genuine connection between Wolff and the cast — and all of the messiness and intensity that happens when you get a group of teens in a room together — transcended his own lens; it bled into the very framework of the film. But that instability is precisely what lingers. The Cat and the Moon is both tender and rough around the edges; it’s someone pondering the meaning of their own art while also making it.

“Nicolas Cage said the coolest thing ever to me,” Wolff recalled. (He recently wrapped a film with Cage.) “He said, ‘Alex, you’re the total filmmaker… You’re in the movies, you’re writing them, directing them.’ It meant a lot to me when he said that. I’ll probably never get that again.” 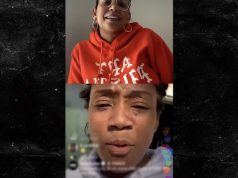 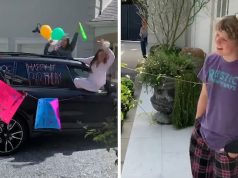 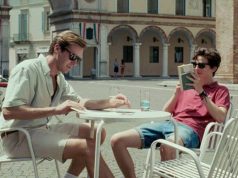 Grab The Tissues, The Call Me By Your Name Sequel Will Bring Back Timothée Chalamet 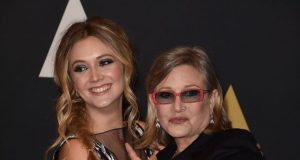 Leia Lives On Through Billie Lourd In The Rise Of Skywalker