As demonstrations protesting police brutality against the Black community continue around the country in the wake of the murders of unarmed citizens George Floyd, Ahmaud Arbery, and Tony McDade, among countless others, celebrities have leveraged their platforms to support activists on the ground; many, like Kehlani and Ariana Grande, have taken to the streets to march themselves. And on Thursday (June 4), South Korean pop sensation BTS joined the fray, issuing a statement via Twitter that declared solidarity with the Black Lives Matter movement.

“We stand against racial discrimination,” the began, written first in Hangul, followed by an English translation. “We condemn violence. You, I and we all have the right to be respected. We will stand together.”

The statement came as K-pop fans worldwide took to social media to drown out racist messaging proliferated through the hashtag #WhiteLivesMatter. ARMY, Blink, and other fandoms banded together to flood the feed with colorful fan art, memes, and short clips from live performances. Fans have since taken over rhetorically similar feeds, including #AllLivesMatter, #BlueLivesMatter, and #WhiteLifeMatter, which emerged as an opposing response to fans’ collective mobilization.

BTS’s statement also arrived amidst Festa 2020, the septet’s annual two-week celebration that toasts the group’s debut date (June 13, 2013). This year’s Festa began June 1, honoring the group’s seventh anniversary with plenty of new content, including the release of a brand-new single.

Hours after BTS tweeted their support for the Black Lives Matter movement, they dropped the ethereal, synthy ballad “Still With You,” the first solo release from member Jungkook. Listen below. 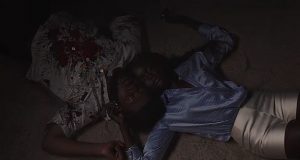