11:00 AM PT — Kaepernick’s girlfriend, Nessa, just went scorched earth on Jay-Z … firing back at the rap mogul for working with the NFL — calling it “disgusting and disappointing.”

“We will never turn our backs on @kaepernick7 because your idols decided to work with the same organization that is actively keeping Colin unemployed all because he peacefully protested against social injustice in black and brown communities, specifically police brutality.”

“It’s typical for the NFL to buy different PR looks to cover up their dirt-that’s nothing new. But what is disgusting and disappointing is Jay-Z let them use him. Whether Jay-Z knew it or not (I don’t doubt his intelligence-so I would think he knew) he helped the NFL bury who he said is an iconic figure, Colin Kaepernick”

“Don’t tell me there’s a “master plan and wait for it” because the ONLY reason anything would ever change is because THE PEOPLE are loud and clear and won’t let the league buy their loyalty with their disingenuous moves. The people are letting the league and anyone who works with them know that they aren’t buying the bs.”

Jay-Z defended his decision to partner with the NFL by saying he’s past the kneeling protest and onto bigger things.

TMZ Sports obtained video of the entire meeting Wednesday between NFL Commissioner Roger Goodell, Jay-Z and members of the media.

Charlamagne tha God kicked off the meeting with the question on everyone’s mind … how do you partner with the league when Colin Kaepernick is still out of a job?

Jay’s response — the kneeling protest was never about Kaepernick’s employment … it was about police brutality. He went on to say he’s past the kneeling protest, saying the options are clear — “Reaching millions and millions of people or [protesting] Colin not having a job.” He says by choosing to partner with the NFL on social justice issues, he’s choosing the former.

What’s more … Jay said in response to the question, “Would you kneel or would you stand? … “I think we’re past kneeling.”

Jay-Z says the task at hand is using the NFL’s resources to change the culture of policing. He says there are 2 parts to protest — first taking a stand, which Colin did, and then getting the company [the NFL] to say, “I hear you.”

Here’s the full audio of the meeting. 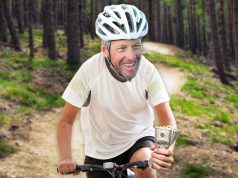 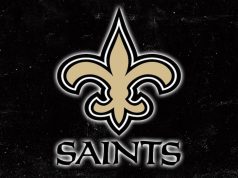 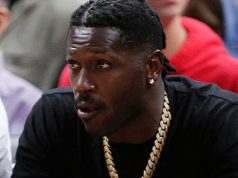 Mayweather vs. McGregor: Cops Cracking Down On Illegal Sex Workers