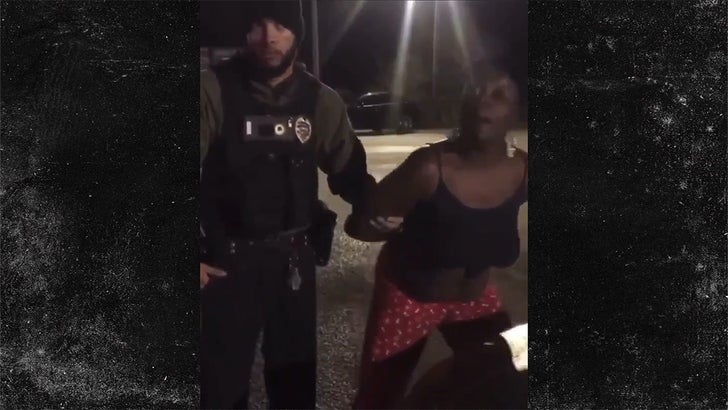 “You about to lose yo job, ’cause you are detaining me, for nothing!!!”

That’s the hilarious freestyle one woman dropped off the dome while getting detained by a police officer … and the viral video is already getting the meme treatment and a super cool remix!

The clip of a woman in police custody in “Somewhere, USA” started spreading like wildfire Wednesday on social media, and while the original version is gold … the remix that dropped Thursday is platinum!!!

A cool cat by the name of Random J Pop just popped out the remix, adding a bumping beat to the woman’s catchy little ditty … and ya gotta give them both a listen. The lyrics are great, the tune is catchy, and the best part … she even has her own dance!!! Watch, ’cause even the cop had to laugh.

Again, no clue where, when or why the woman was in custody — all that really matters is, “You gotta git this dance!”

Note: We hope no one really lost their job, it’s just too funny.

Palehound And The Art Of Healing Yourself

admin - July 20, 2017
0
On Palehound's first album, singer and guitarist Ellen Kempner wrote about other people from a distance. Written while she was still "in a...