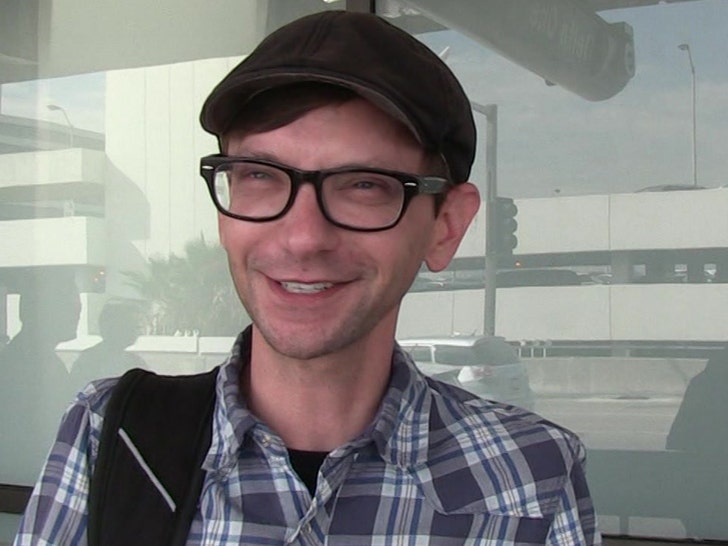 DJ Qualls — who’s been portrayed as America’s quirkiest bro on the big screen for quite a while — says he’s gay … and he’s ready to go forward with the world knowing that.

The veteran actor — who often plays nerdy straight dudes — posted the news on Twitter late Friday night, saying … “It is 11:20pm. I just came out on stage at a @jimjefferies show in San Diego.” He added, “Yep, I’m gay. Been gay this whole time. Tired of worrying about what people would think of me. Tired of worrying about what it would do to my career.”

It’s interesting … Qualls has starred in a ton of bro-ish type of movies through his 20-plus year career, which kinda got its start with 2000’s “Road Trip” — where he played Kyle, the loner college kid who turns out to be crazy party animal … and popular with the ladies.

Of course, he also acted as Dizzy in the “The New Guy,” which played off of frat/jock bro culture, and used Qualls as the antithesis to that. He’s played similar characters on film and on TV — then, went on to star in huge movies like “Hustle & Flow” and “The Core,” as well as some breakout series like “Z Nation,” “The Man in the High Castle” and “Legit.”

Speaking of that latter show, his buddy Jim was the star of that … and DJQ had a prominent role on it as his disabled brother, who gets a new lease on life and experiences a lot of things for the first time.

DJ doesn’t appear to have been publicly linked to a significant other in all these years in the spotlight. Now, we might have some insight into why … he was hiding his sexuality.