When the stage is empty after a packed theater night in Manhattan, the magic begins. Chairs slowly slide across the hardwood floors and melodies seemingly come out of the walls to bring the building alive like in an animated Disney movie. HAIM’s wondrously calm new video for “Hallelujah” is about what happens when the cleanup crew comes in and takes over, providing them the perfect time to wax the floors with fresh and soothing harmonies. The song itself was inspired by the loss of a friend years ago.

“Hallelujah” is the work of three voices in conversations with each other, with Danielle, Este, and Alana’s chords embracing and twirling around each other like towers of smoke in the night sky. The video reflects this feeling of freefall, but inside of the theater where the three hang out – almost as if they’re the ones supposed to be making sure that everything gets put back in place. Este sits in a chair singing the windy tune as Danielle mimicks pulling it with a magical rope, gradually pulling her to suggest that it’s real. After the two float in the air, Danielle snaps her fingers to cut the lights off as she sings, followed by Alana who whispers her words to an empty audience. After everything’s all tidy, Danielle exits and strolls down the block, humming the tune, and heading home. She’ll be right back to work tomorrow.

Alana Haim detailed the song’s meaning in a note posted to Twitter after the song’s release. She described it as a “song about family, love, loss, and being thankful for it all.” It’s dedicated to a friend, Sammi Kane Kraft, who passed in a car accident that changed their lives forever. “Though I miss her every day I know she’s still here sending me little messages, little signs everywhere I go,” she wrote.

“Hallelujah” is the third song released this year from HAIM, following “Now I’m in It” and “Summer Girl.” In September, they covered Lil Nas X’s “Panini” for BBC Radio 1’s Live Lounge.

Watch HAIM’s new video for “Hallelujah” up above. 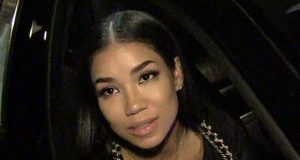