If you thought 2019 was a big year for Billie Eilish, just wait until 2020. The 17-year-old singer-songwriter is reportedly nearing a deal with Apple TV+ for an upcoming documentary, and the “Bad Guy” artist stands to make a lot of money.

According to The Hollywood Reporter, the documentary — directed by R.J. Cutler and “produced in collaboration with Eilish’s label, Interscope Records” — will follow the star in the aftermath of the release of her debut album, When We All Fall Asleep, Where Do We Go? Per THR‘s report, “Cutler was granted deep access to Eilish’s private moments with family and behind-the-scenes of her public appearances.”

The project has a reported $25 million price tag and has already been shot. Furthermore, it has a budget that, according to one of THR‘s sources, lands somewhere between $1 million and $2 million. In other words, the pop star’s paycheck will be nothing to sneeze at.

The impending documentary wouldn’t be the first time Eilish has teamed up with Apple. Mere days ago, for example, the “Everything I Wanted” singer was named Apple Music’s Artist of the Year. And just yesterday (December 4), Eilish headlined the company’s first-ever Apple Music Awards at the Steve Jobs Theater in Cupertino, California.

Given her recent involvement with Apple, coupled with the fact that there’s a full-length documentary on the horizon, diehard Eilish fans have more of a reason now than ever to subscribe to Apple TV+ for $5 per month. Sure, it seems like every day now that we’re being enticed to join yet another streaming service, but let’s be real: Billie Eilish was easily one of the biggest breakout artists of the year, and should a documentary drop next year, are you really prepared to miss it? 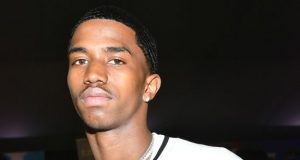