Uchis’s delicate voice is stronger than it initially lets on, deepening into a swift and booming wind that switches deftly between English and Spanish at a moment’s notice. Her passionate refrain of “Solita” is the centerpiece that the song is built around. It fits into the silky and festive farm of drums that carry the vibe and deliver her message. Uchis is down in the dumps after a breakup and is anxious to be herself again. “I wish I could keep everything that you took from me but the photos/But you keep a piece of me locked in a secret spot,” she sings. This feeling is never resolved and it gives the song a sad ending that makes you yearn for her happiness.

“Solita” is Uchis’s first new music since she released her debut studio album Isolation in 2018. The LP featured Tyler, The Creator, Jorja Smith, and more.

Listen to Uchis’s post-breakup sorrow in “Solita” up above. 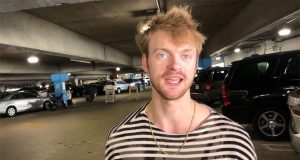