You probably can’t hoop like LaMelo Ball … but thanks to his new watch partnership, you can at least now tell time like he does — if you’ve got a lot of cash laying around.

One of the timepieces is loaded with 226 diamonds and will likely cost in excess of $15K — though we’re told the final price is yet to be finalized. The other, a more modest black, steel version, will cost around $6,800.

And, they’re both sick — featuring all kinds of Melo-themed elements. 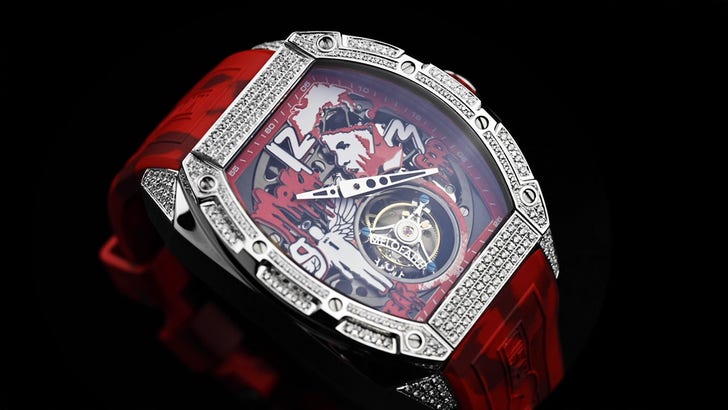 The dial features depictions of Melo’s tattoos, “FEAR” and “GOD.” It also has Melo’s name, an image of his face, and a drawing of him in a #1 jersey with wings.

The piece also comes with a red camouflage rubber strap — and, fittingly, it’s been dubbed the “Melofaith,” which is inscribed on the watch’s tourbillon.

The watch company tells us in addition to providing extra swag to outfits … Ball is hoping the watch helps inspire his fans to have a strong belief in faith and religion.

“His faith is his source of strength,” the watch co. tells us, “inspiring him to face the challenges of every game with determination and perseverance. LaMelo Ball hopes to share his philosophy with fans through the creation of his brand.”

Of course, this is not Melo’s first fashionable move — the 20-year-old also launched a clothing line, “LaFrance,” in 2020. He also has a $100 million dollar sneaker deal with PUMA.

Woman Claims She Got Kicked Off Flight for Her Outfit, Alleges Weight Discrimination