It might be springtime, but Kailee Morgue just wants to go to Halloween Town.

The spooky shop in Burbank, California is home to props, accessories, masks, and all things ghoulish, and for Morgue — a 21-year-old rising artist whose sound blends sharp punk influences with a cloudy contemporary pop sound — it’s all she can think about while self-isolating in the new, sparsely decorated apartment she moved into just before she had to hunker down. “They have the masks from Halloween III that are like $500, but I just want them. I’m like, ‘Yes! I will drop $500 for those masks!'” she told MTV News recently.

As she crouched on the floor of her new place and took a recent Zoom call, she discussed her new EP, Here in Your Bedroom, a six-song collection with nary a creepy tune in the bunch. Instead, it’s packed with live drums, chunky power chords, and a sparking cherry-bomb “manic anthem” called “This Is Why I’m Hot” — no relation to the Mims classic. Though she’d seen success with 2018’s subterranean “Medusa” and the downbeat kiss-off “F**k U,” Morgue’s new EP allowed her to go deeper into the more rollicking music that raised her, as well as the diaristic storytelling she ripped straight out of her own life.

“If it was a song like ‘Medusa,’ like, who cares if somebody helped me co-write that? They didn’t, but if they did, it’s so much a story about something that didn’t happen to me that it could be cool to bounce those ideas [off of someone else],” she said. “But with something that is so personal, I wouldn’t want to get that [help]. So I just really wanted to make that clear.”

That’s why she tweeted, when the EP dropped, “The credits on certain platforms might say otherwise but I wrote the entire EP on my own besides a co-write on ‘Tied Up’ and I am fucking PROUD of this project.” In order to get to that place of pride, Morgue worked with producer Cameron Hale on matching the right instrumentals to her words. That included plenty of live drums, a staple of the slick punk-inspired bands like Blink-182, Paramore, and No Doubt she’d grown up on. They’re the gunpowder on “This Is Why I’m Hot” and fellow barnburner “Wisconsin Ave” that makes them really smoke.

“I even remember when I sent [‘Wisconsin Ave’] to my A&R and my manager, and they were like, ‘Live drums? OK…’ But I told the producer, ‘I want this to sound like a band. I want it to sound full,'” Morgue said. “Because I had just gone on a tour and I was touring with a band — two bands, actually — and I was just like, ‘I’m playing with one drummer and a backing track and I really want it to be bigger than that.'”

“Wisconsin Ave” sounds a little like Lorde’s “Ribs” given the Warped Tour treatment. It’s so endearing because of the knocking percussion that, by the time it climaxes in a cyclone of post-punk energy, provides the perfect rigid counterpoint for Morgue’s floating vocals. The trick also recently made songs like Halsey’s “3am” and Broods’s “Peach” similarly leap out from headphones; it’s true of the chasmic pounds on Morgue’s opener “Still” and the Eric Valentine-style road-flattened cracks that run through “This Is Why I’m Hot.”

But that’s only one sonic element of Here in Your Bedroom, the EP that takes its title from a Goldfinger song. Single “Knew You” distills that urgency into a subtler powder, “Tied Up” flaunts Morgue’s nocturnal and jazzy side, and shiny gem “Dying to Live” is pure wiggly dance-pop. “We made it from scratch in a few hours, and that song was definitely not what I thought it would be,” she said. “Having an ’80s dance track that I’m referencing, dancing with myself, is a very random thing. But I think it’s more sonically that I was like, ‘Oh I didn’t know I’d go there.'”

Here in Your Bedroom (which dropped April 24) is unafraid to explore new terrain, which makes sense for Morgue, who recorded and burned her first-ever CD of music when she was 11. She still has it, along with two others, but “nobody sees them.” (“It’s there for sentimental purposes,” she said.) Around age 8, she started experimenting with songwriting by singing new words over melodies by radio hits from artists like Kelly Clarkson. Thirteen years later, she’s got her own melodies, though she appreciates the idea of not thinking too hard about songs as she’s making them — something she learned from loving Blink-182.

“I like the idea of writing things that don’t need to be thought about that much because I think that a lot of times, you can get stuck in your head and think, ‘This has to mean something, and I’m being too hard on myself,'” she said. “So kind of wandering off and doing that a little bit made me realize I can actually integrate this into the music that I make if I just tweak it a little bit.”

Another thing she’s integrated into her music is her pure love of the Halloween movie franchise. “I made way more songs that sound like ‘This Is Why I’m Hot.’ They just didn’t come out,” she said, mentioning the slasher cut that she may tease via an Instagram snippet in the future. Try to hear it, though, in your head: a two-minute, punky lightning bolt about the fictional mass murders of Michael Myers, booming with big drums and buzzsaw riffs. Morgue might not even need those $500 masks. 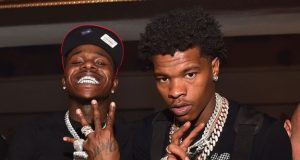