‘Fired Up’ to Return to Alabama

Steve Sarkisian says he’s super excited to return to Tuscaloosa … telling TMZ Sports he can’t wait to get back to work as the offensive coordinator at Alabama.

Sark had a stint under Nick Saban as an offensive analyst back in 2016 — where he helped the Tide get all the way to the National Championship game against Clemson.

After the ’16 season, Sark was hired as the offensive coordinator for the Atlanta Falcons — but he was let go at the end of the 2018 season.

Enter, Saban … who swooped in and hired Sarkisian back as the new O-Coordinator — and the 45-year-old coach tells us he’s “fired up” about the job.

When asked if he’s still hoping to get back to the NFL one day, Sark told us, “Ya never know. Just focus on the job you have now. I’m fired up to have it.”

And, he’s already talking like a mini-Saban — we asked if he’s got his sights set on avenging the championship loss to Clemson and Sark told us, “Just take it one day at a time, man. You know the process at Alabama.”

No bulletin board material here!!! 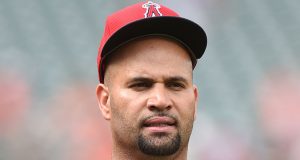