The Disney+ reboot of Lizzie McGuire has been placed on hiatus.

Creator Terri Minsky has officially stepped away from her role as showrunner on the classic Disney series’ revival. Unfortunately, a replacement has yet to be named.

“Fans have a sentimental attachment to Lizzie McGuire and high expectations for a new series,” a Disney spokesperson said of the matter. “After filming two episodes, we concluded that we need to move in a different creative direction and are putting a new lens on the show.”

Lizzie herself, Hilary Duff, has yet to comment on the situation. She was set to reprise her role in the classic series as an older, more mature version of McGuire on the verge of turning 30. The show in its original iteration would have seen her navigating adulthood with the help of her friends and family, and yes, her 13-year-old animated self.

Previously, former cast members such as Adam Lambert, who played Gordo in the original series, had been confirmed to return to the show, as well as the actors who portrayed Lizzie’s parents and little brother in the past.

In fact, a brand new teaser Disney+ released to kick off the new year even featured Hilary Duff in a brief moment as she leaned into someone’s car window saying “Hi, it’s me.” Just days after hyping up the show, it looks like Disney is having to let fans down, unfortunately.

Right now, Disney is seeking a new showrunner to take on the role, but there’s no timeframe involved just yet. It looks like anyone who can’t wait to relive their childhood or get through their 30s with an adult Lizzie may have to put their dreams aside for a bit. But don’t count Lizzie out just yet. At least there hasn’t been word of a cancellation. 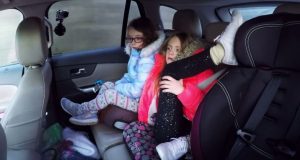