Rocko’s Modern Life is officially back. Two decades after the show’s series finale aired on Nickelodeon, the talking wallaby and his friends returned to airways on August 9, 2019, with a Netflix special. But as viewers of Rocko’s Modern Life: Static Cling have come to find, not everything in the fictional world of O-Town is the same — and that’s a good thing.

When Rocko’s Modern Life first aired in 1993 on Nickelodeon Animation Studio (which is owned by Viacom, MTV News’ parent company), the show featured frequent guest appearances from Rocko’s neighbors, a family known as the Bigheads. The trio returned for the Netflix special two decades later, and much of the plot is centered on Rachel Bighead coming out as transgender to her parents. The episode, and its accompanying depiction of a family coming to terms with their child’s transition, earned praise from numerous LGBTQ+ organizations.

“Rocko’s Modern Life: Static Cling tells a beautiful — and hilarious — story about accepting change,” Nick Adams, the Director of Transgender Representations at GLAAD, told MTV News. “The younger characters accept Rachel immediately; recognizing she’s still their friend. And while Rachel’s father is slow to accept change within his own family, even he realizes that loving your child should be unconditional. This story of inclusion and acceptance is so needed in our current climate.”

For years, Hollywood had struggled with inclusion and offering accurate, affirming representations of trans characters and other LGBTQ+ individuals for its viewers; in some cases, characters have been mired in harmful stereotypes or doomed to some ultimately tragic fate. But as Rocko’s creator Joe Murray told Entertainment Weekly, those involved with the show recognized the importance of getting their message right. Murray said the show consulted with GLAAD and said the storyline became a “natural” fit for the return.

“I really started latching onto the idea of change and how society has changed and what’s gone on in the last 20 years and the development of our characters and how they would react to change,” he told EW.

The message of transgender inclusion can be a powerful and impactful moment for those watching at home, especially in the realm of a cartoon made with children in mind. “Uplifting, positive representations of young transgender characters can educate and inspire others to respect the transgender and non-binary youth in their lives,” Kevin Wong, the head of communications at The Trevor Project, told MTV News. “This visibility also sends clear messages of love and support to transgender and non-binary youth who are unable to safely be themselves, express their gender identity, or who don’t see folks like them in their own communities.”

Molly Merryman, director of the center for the Study of Gender and Sexuality at Kent University, further backed the impact of the special, and told MTV News the episode could serve as a potential “lifeline to a transgender child who has no role models or parental support.” To Merryman, the show serves a much greater purpose than just potential entertainment value.

“Trans individuals are very aware of their identities when they are children, and if they don’t have an ability to express who they are, and if they aren’t seeing themselves represented anywhere, they can feel very confused,” Merryman said. “The Rocko episode does a good job or normalizing trans identity. It’s not sensationalized, it’s not overblown. In the case of this cartoon, this person is very accomplished, successful, and well rounded.”

Rocko’s Modern Life is hardly the first cartoon to make animation, and Hollywood, as inclusive of LGBTQ+ individuals as it should have always been, but it does signal a continued and much-needed shift in on screen portrayals of LGBTQ+ characters. In recent years, animated series like Arthur, Steven Universe, and Star Vs. the Forces of Evil have made history with their queer-centered storylines. While critically acclaimed series including Pose and Euphoria included storylines specifically centered on transgender individuals and storylines. Pose, centered on New York City’s ballroom culture in the 1980s, included the largest group of transgender actors ever assembled for a television series, while Hunter Schafer has been lauded for her debut acting role on Euphoria, in which she portrayed Jules, a transgender teenager.

David Schmid, an associate professor of English at the University of Buffalo, believes this trend could continue. “We’re at a stage now where not only is the inclusion of these characters more accepted and less controversial than ever, but I would say, we’re at a turning point where it’s almost become expected,” he told MTV News.

For that shift, Schmid credits streaming services as a driving force behind both access to diverse storylines; thanks in part to social media, viewers are also more likely to hold their media providers accountable to affirming stories, or call them out when they miss the mark. “When you combine the changes that are taking place within the industry, plus the rise of streaming platforms, you’ve got the preconditions for changes in the way that LGBTQ+ characters are being represented, and you’ve got the preconditions for more of these characters,” he said.

The entertainment industry certainly still has work to do when it comes to creating inclusive media, but programs like Rocko’s Modern Life Static Cling are a positive step forward. ”It is critical for young people to see art that reflects the full diversity of humanity, including in the television characters they watch,” Sarah McBride, HRC National Press Secretary told MTV News. “Affirming portrayals of transgender characters help to remove stigma and counter the negative messages that too often permeate our politics and culture.” 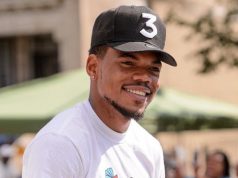 Chi Chis Out: Does Nilsa Have Any Regrets About Her Floribama Arrest? 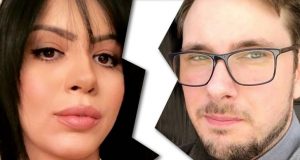 '90 Day Fiance' Colt Johnson Files for Divorce from Larissa After...