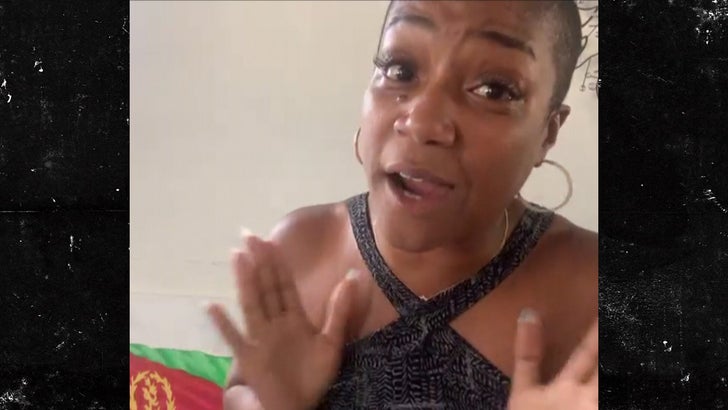 Tiffany Haddish wants to be just like Tyler Perry … because she’s ready to start her own production studio!!!

The actress and comedian joined us on “TMZ Live” and we asked her if she’s got aspirations to be like Tyler and one day start a movie studio in her name.

Tiffany says she would love to follow Tyler’s lead and tells us he’s actually been teaching her how to start a studio from scratch. Tiffany’s already got a name picked out, and it’s pretty catchy and appropriate.

As you know … Tyler just officially reached billionaire status, thanks in large part to owning Tyler Perry Studios, so his words of wisdom carry serious weight.

Speaking of billionaires, Tiffany tells us she’s been hanging with other members of the triple comma club, and picking their brains about business. Smart woman.

It’s an interesting and fun conversation … and Tiffany tells us why the eyes never lie at Dave Chappelle‘s socially-distanced comedy shows, and why she wants to give her acceptance speech for her Emmy nom for her Netflix special, “Black Mitzvah” another take.