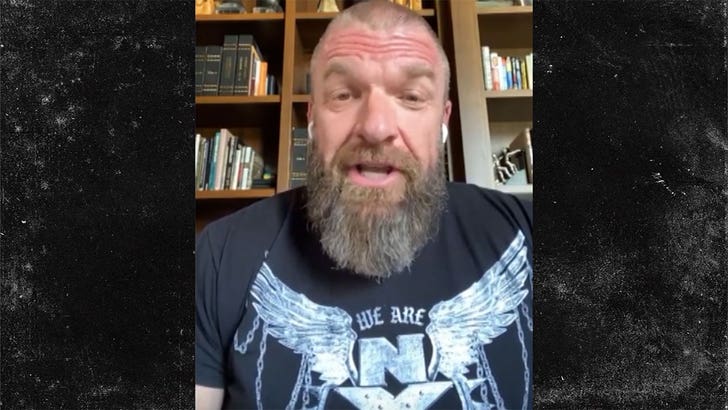 There is NO bad blood between WWE and Ronda Rousey — so says Triple H who says he’ll welcome her back in a heartbeat … “as soon as she’s ready.”

“Of course, we want her. Of course, we do! One of the greatest performers for us ever,” Triple H tells TMZ Sports.

It seemed Ronda pulled the ripcord on her WWE career back in April saying she refused to dedicate her whole life for some “f*cking ungrateful” fans.

Ronda also complained about the grind of being a pro wrestler — and then seemingly took some shots on Twitter at WWE stars, Alexa Bliss and Lana.

We spoke with WWE exec Triple H who tells us he’s definitely NOT closing the door on reconciliation with Ronda … but understands she needs a break.

“I think Ronda’s in a place in her personal life where she’s figuring some things out,” Triple H says.

Triple H went on to RAVE about Ronda’s skills and work ethic — telling us she picked up pro wrestling faster than ANYONE he’s ever seen … including Kurt Angle.

“We still have a great relationship on everything [with Ronda] and when she is ready, absolutely [we’ll have her back].” 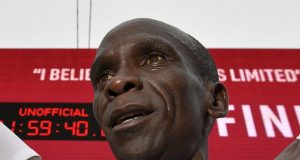 Kenyan Runner Eliud Kipchoge First to Finish Marathon in Under 2...