They say revenge is a dish best served cold — and DJ Pauly D and Vinny are about to aid some people seeking vengeance. If you can dream it, they can prank it.

In the first look at Revenge Prank with DJ Pauly D and Vinny — premiering on June 25 with back-to-back episodes following an all-new episode of Double Shot at Love — the Jersey Shore bros are about to shock the sh*t out of some unsuspecting folks with some elaborate jokes.

“This is crazy,” Pauly states in the clip above. Why yes, a skydive that appears to look all good and well — until someone starts plummeting — isn’t exactly normal.

Each episode of Revenge Prank will pair DJ Pauly D or Vinny with a target of a viral internet prank who is seeking payback on a friend, family member or loved one who originally embarrassed them. With help from the duo, the pairs will attempt to pull off some of the most over-the-top pranks yet in order to get the ultimate revenge. That’s right, the “eagle has landed.”

See more of Revenge Prank with DJ Pauly D and Vinny in the sneak peek — and do not miss the premiere on Thursday, June 25 at 9/8c! Follow along with @RevengePrank on Instagram and get in on the conversation using #RevengePrank. 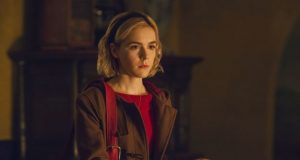