Look over there, it’s a winner!

On the Season 12 premiere of RuPaul’s Drag Race Jaida Essence Hall stomped into the workroom, making her presence known with her line: “Hey bitches, she’s here!” Throughout the competition Jaida was not only the “essence of beauty” on and off the runway, she was also a consistently strong queen — eventually taking her to the top three and over the finish line.

The Milwaukee-based pageant queen not only served effortless eleganza with her larger-than-life fashion, but she was also a comedic powerhouse. She was always able to squeeze a few laughs, whether as a bad apple in the “World’s Worst” sketch or as Rhonda Shimes in “Gay’s Anatomy.” Her candid “Look over there” line from the “Choices 2020” political debate became an instant meme. Jaida was also a lip-sync assassin, sending Miss Congeniality Heidi N. Closet home, before beating Crystal Methyd and Gigi Goode during the finale.

Jaida was crowned the winner of Season 12, but the road to the top was not always smooth. She spoke with MTV News about her toughest times on the show, her emotional exchange with Whoopi Goldberg, and how Celie’s journey in The Color Purple inspired her during the competition.

MTV News: What was the hardest part about filming the remote finale?

Jaida Essence Hall: The hardest part about filming the finale was getting used to the fact that it would be different. It’s a little scary but, at the same time, it presents a good opportunity for the world to see exactly how creative both the show and the queens can be when put in a difficult situation.

MTV News: The entire cast was so strong. Have you been keeping in touch with all of your Season 12 sisters?

Jaida: Yeah. We’ve all been staying really, really close with each other. So, I’m thankful that this has been a cast of loving girls. Because I can imagine, if we all hated each other, it would be a lot harder.

MTV News: You can tell that all you girls get along and it’s really nice to see.

MTV News: There were some really tough challenges this season. What was the hardest challenge for you?

Jaida: The one-woman show. I think that challenge was so difficult because humor is so different to so many different people. And I think that was the one thing that kind of tripped me up. My humor, I don’t know if it’s always funny to everybody all the time or if they always get it.

MTV News: The scene between you and Whoopi was one of my favorite scenes from the season. What was that like? What was going through your mind?

Jaida: It was so crazy because as a Black, queer person growing up… we don’t see that many successful people or successful in that kind of way in lives. And she’s just so lovable to so many people, and so kind. And to see her be so successful and, while I was growing up, playing roles and characters that resonated with me, just seeing her there in person was almost like one of Oprah’s “aha” moments. And to know how busy her schedule is and how busy her life is, and to come to the show and spend time with drag queens and talk to us. I just did not imagine in a million years that I would see Whoopi Goldberg in person.

MTV News: Yeah, it’s crazy. You have said the competition was kind of like Celie’s journey in The Color Purple?

Jaida: Yeah. In no way is it overtly comparable, it’s just the fact that you go through so many rough things. Celie went through a lot of terrible, terrible things. But in the show you get pushed through so many things. You’re tested. And you feel alone at a lot of times, but if you make it through the competition, there’s so much reward on the other end of it. As long as you hold it together and allow yourself to make it through.

MTV News: Are you a fan of The Color Purple musical?

Jaida: Oh, my God, yes. Getting ready for the purple runway, I was like, oh, my God, I’m going to listen to The Color Purple soundtrack.

Jaida: “I’m Here” is so good. My favorite song is when Shug is singing to Celie and telling her, “Look how beautiful you are. Do you realize how beautiful and how amazing and how gorgeous you are? Even when you feel like you are so ugly and you feel worthless.” That, to me, that’s the most powerful message. And every time I hear that song, I get chills and goosebumps all down my arm. The show is amazing and the soundtrack is amazing.

MTV News: Yeah. I didn’t realize you were such a musical theater fan, but I saw you tweeted about Smash coming to Broadway.

Jaida: Yes! I have been waiting for it. Because they said a while back that they would turn it into a musical. But I just want it to be the Bombshell story. Turn Bombshell into a musical!

MTV News: How have you been passing the time in quarantine?

Jaida: I’ve been sitting around the house trying to be as creative as I possibly can. But also I’ve been spending a lot of time connecting with the people who support me from the show. They support my journey on the show. I think that’s really important since we haven’t been on the road. And these people, they want to meet us. And even when we don’t know that we’ve been an impact in their lives, we have been in a lot of ways to so many people. And because we’re not on the road, we don’t get the opportunity to meet them and talk to them and hear their stories. So, I’ve been spending a lot of time on social media, making sure that I can talk to them, learn who they are as much as show who I am, and just uplift each other.

MTV News: Just a quick glance at the comments online, it is clear that the fans were rooting for you to win. How’s that feel? Is there a lot of pressure?

Jaida: I don’t think it’s pressure, because a lot of them are, “Well, you got this. But if you don’t, we still love you.” But it’s so unexpected. I didn’t expect it to be so many people going crazy for me. It means a lot. I think it speaks to me just being myself. I don’t speak the best. I might not be the smartest person in the whole world, but I’m still going to be who I am. And I feel deserving of things. I can still be amazing, creative, and there are so many people out there in the world who are exactly like me. And I think that people love the girls from the show because they can see themselves in those girls.

MTV News: And have you been in touch with your drag daughter, Jazz?

Jaida: Yes. Oh, my God, we talk all the time. She is so sweet. She’s always messaging me, checking up on me. The five of us — Heidi, myself, Gigi, Crystal, Jackie — we all had a Zoom call with the superfans. We all chatted and talked and met their partners. It was really cute.

MTV News: How did the competition change your drag?

Jaida: I’ve always been the type of person who was myself in everything that I did. People love to say drag queens are confident, but I don’t always feel the most confident. But throughout the competition, I’ve learned that, not only just be yourself, but bitch, yourself is really kind of cute. And you have the right to be confident in who you are. And you have the right to be proud of the work that you do. I’ve learned that what I do in drag and who I am is enough. And you can be yourself, but you don’t have to always overcompensate. And you want to work hard, but you don’t always have to try to work harder, harder, harder. Who you are is literally enough. 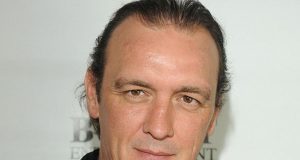